Create an Account - Increase your productivity, customize your experience, and engage in information you care about.

As part of our Garland Neighborhood Awards recognition, the Office of Neighborhood Vitality submits the winners as applicants to participate in the Neighborhoods, USA (NUSA) award program. NUSA is a national non-profit organization committed to building and strengthening neighborhood organizations. For several decades, they have hosted an annual conference where they also announce the winners of these awards.

A big CONGRATULATIONS those recognized at this year's Nusa conference! 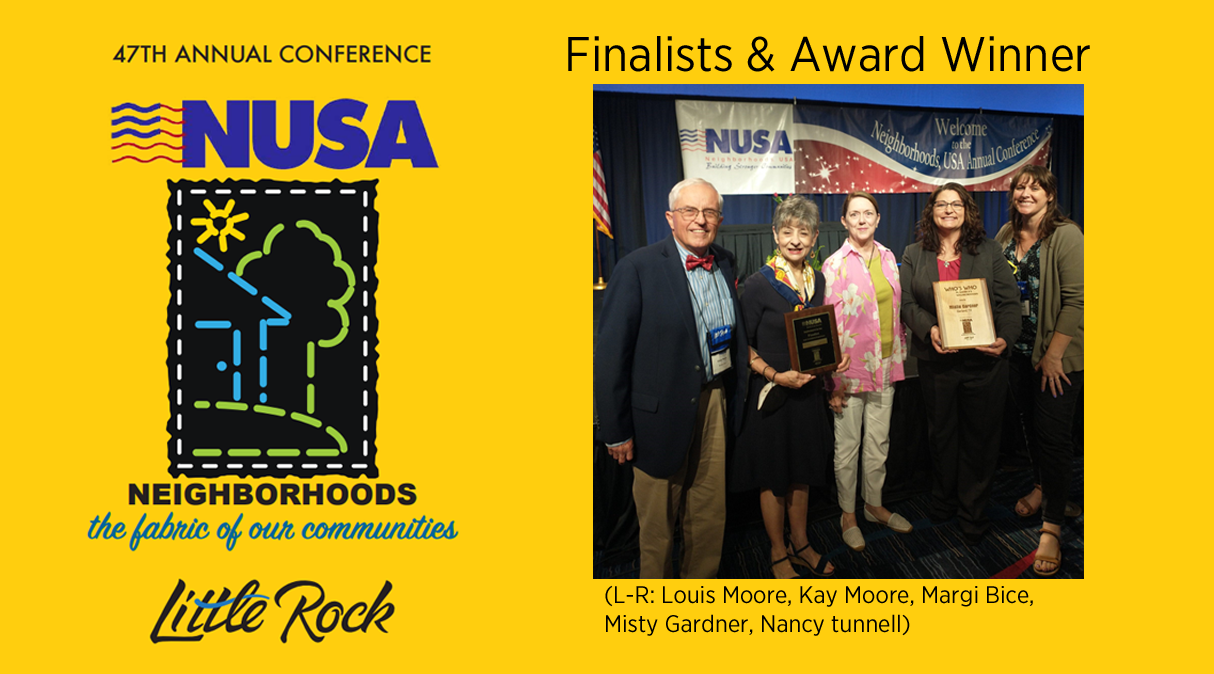 Emergency Management Director, Mistie Gardner, winner of Garland’s Public Servant of the Year, was selected as the winner of this year’s Who’s Who in America’s Neighborhoods (Governmental Category) for her extraordinary efforts and involvement during the COVID-19 crisis as well as during Winter Storm Uri.

Travis College Hill Neighborhood, Garland’s Neighborhood of the Year, was selected as a finalist in the nation-wide Neighborhoods of the Year award through NUSA for their doubleheader projects The Cactus Chronicles, an original musical drama focusing on Garland's Hispanic community, and the “Garland Latino Heritage Cookbook”.

Questions? Contact the Office of Neighborhood Vitality at Neighborhoods@GarlandTX.gov or 972-205-2445.